On this two-day trip out of Hanoi, we passed trucks loaded with pigs, and dozens of duck farms, all supplying restaurants in Hanoi. At the Cuc Phuong National Park’s conservation center, we were hoping to spot a pangolin (a rare, scaled animal that, in photos, reminded me of an armadillo), but they were only on view at certain times of day, so we missed them. We did visit the monkey and turtle sections though. After a night in our Ninh Binh hotel, we visited a temple and then boarded a small, flat-bottomed boat for another river trip where all the rowers used their legs and feet at the oars. Dozens of tourist-filled boats joined us as we made our way down the river, past even more spectacular scenery, and through three low-hanging caves. I was sure we would have to duck or bump our heads, but the rowers knew the safest channel to take. Outside the caves we encountered a floating market of sorts. Several sellers in boats tried to entice us to buy their wares, imploring us to at least buy food for our rower. 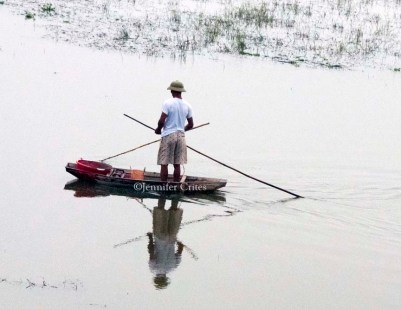 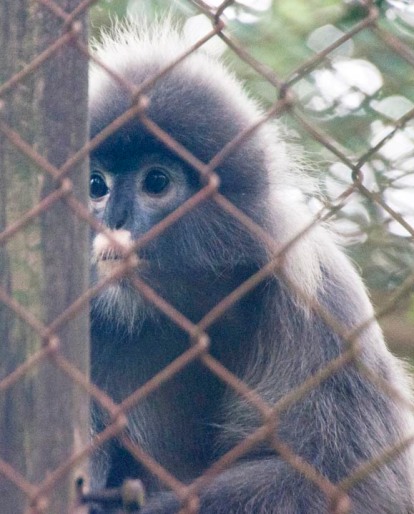 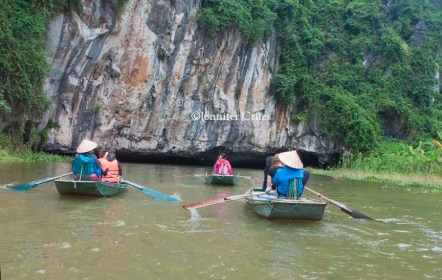 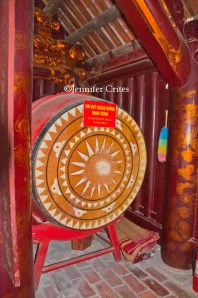 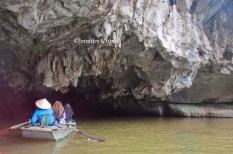 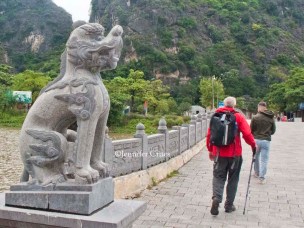 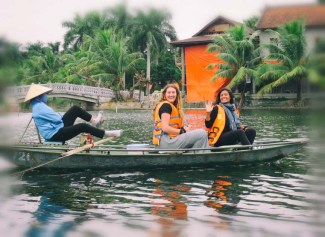 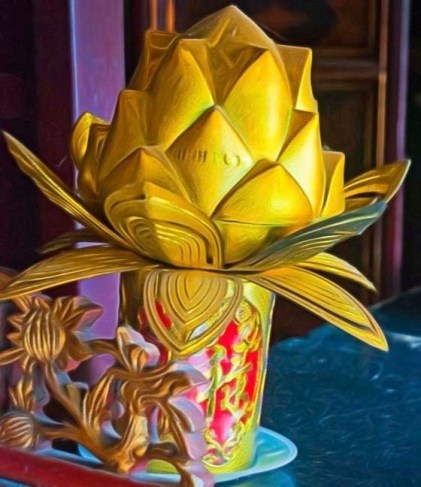 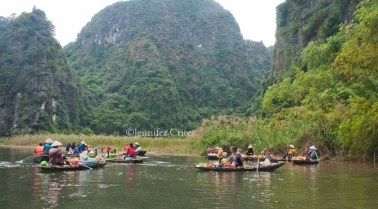 On a day trip from Hanoi, we headed southwest, ostensibly to visit the Perfume Pagoda in a Huong Son mountain cave. The only way to get there, following a 2-hour drive, is a boat ride along the Yen River, then a cable car up to the cave—a pilgrimage site to which thousands go during the religious Tet festival in March and April.

The drive out of Hanoi showcased Vietnam’s watery countryside. When we arrived at the river, the tiny boat was big enough for us, our guide, and the boat’s rower, and the one-hour trip upriver proved serene and scenic. We passed watery fields of pink lotus blossoms (which apparently start closing at noon), travelers in other boats, a red foot bridge high above the river, and kingfisher birds clinging to branches, before arriving at the elaborate Thien Tru Pagoda temple complex. Fortunately, we were there in November, and the place was almost deserted—a situation that was perfect for exploring and photography but posed some problems: The Ladies restroom was locked, so I had to use the Men’s, while our guide stood guard outside. Also, we were told that the cable car was not running (not enough people, I suppose), so we couldn’t go up to the Perfume Pagoda. After a bountiful lunch, we explored the extensive temple complex, then rejoined our boat and rower for the trip back down the river. By this time, all the lotus blossoms had closed, but the scenery was still spectacular.

Please enjoy!  Just click on a photo to enlarge, then arrow back and forth. 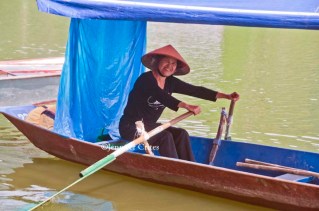 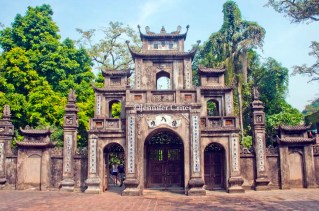 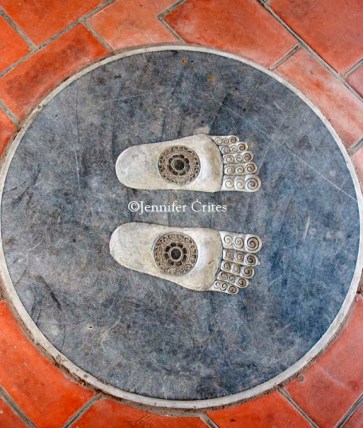 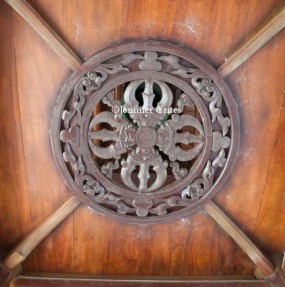 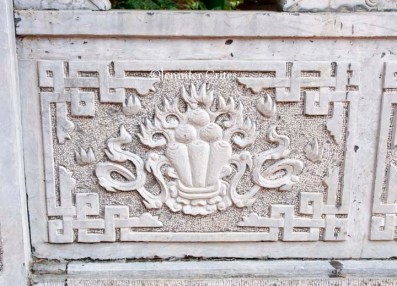 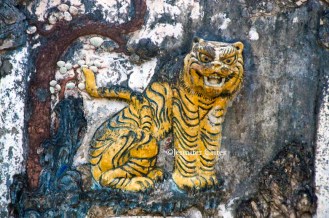 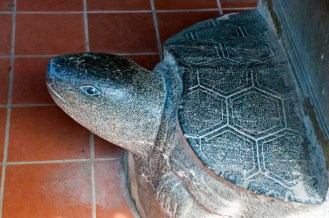 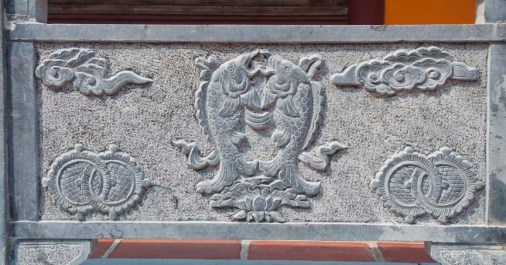 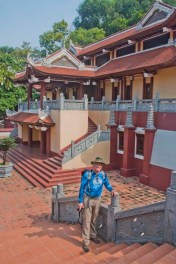 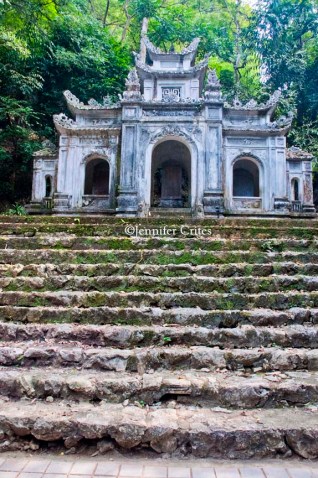 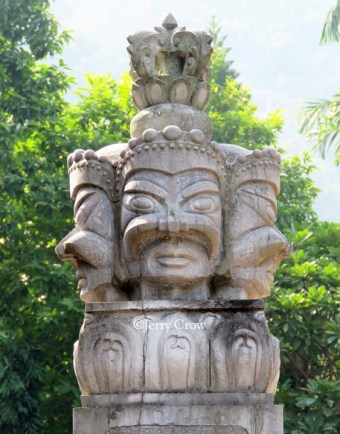 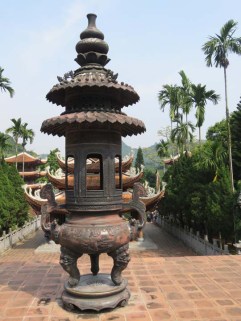 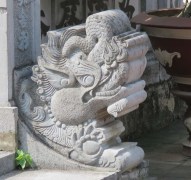 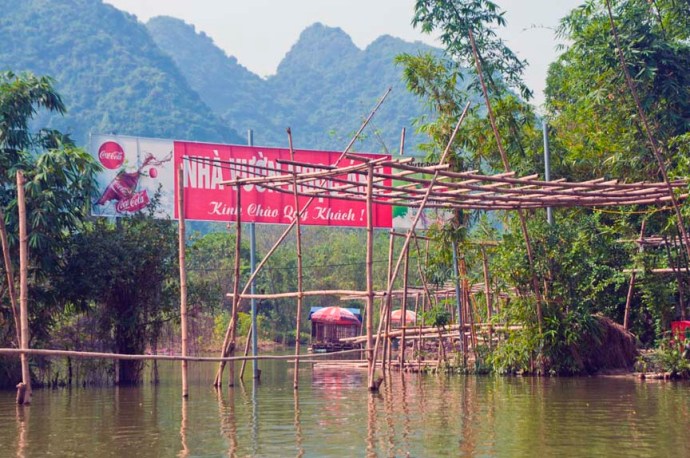 The Most Beautiful Church in the World

In 1883, whimsical creative architect Antoni Gaudi started working on Sagrada Familia (sacred family), a huge Roman Catholic church in Barcelona, Spain. At the time of his death in 1926 (he was hit by a streetcar), less than a quarter of the building was finished. Slow progress then and later was partially due to lack of funding (it relied on private donations) and the Spanish Civil war (1936-39) By 2010, when I first visited, it was more than halfway done, but the central nave was stacked with building materials so we had to walk around the edges. On my second visit, last September (2018), the interior was complete and spectacular. The outside towers, however are still under construction, and the expected finish date is 2026—100 years after Gaudi’s death.

Known as God’s Architect, Gaudi felt that the Medieval Gothic style of his day was limited. It relied on large support structures called buttresses, and he believed that God’s house should be free of bulky supports, yet limitless in its height and grandeur, so he turned to nature, or what he saw as God’s architecture. The support columns of the church resemble the stems of plants, making the design stronger and lighter and allowing for more natural light. Gaudi built many of his models upside down to show how the weight would be distributed.

The main entrance, in the nativity façade, contains a complex variety of scenes featuring Jesus, Mary, Joseph, angels, kings, shepherds, flowers, animals and birds, all depicting the adoration at the birth and life of Jesus. The rear entrance, or Passion façade, depicts the death of Jesus with simple lines and figures. Many architects have worked on the church since Gaudi’s death, and all did their best to stay true to his plans and vision. Sagrada Familia has been declared a UNESCO World Heritage site. 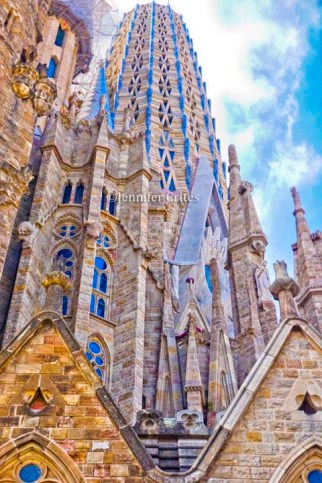 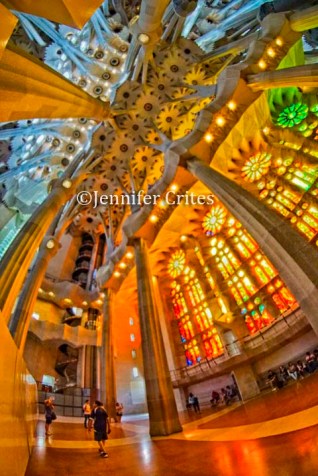 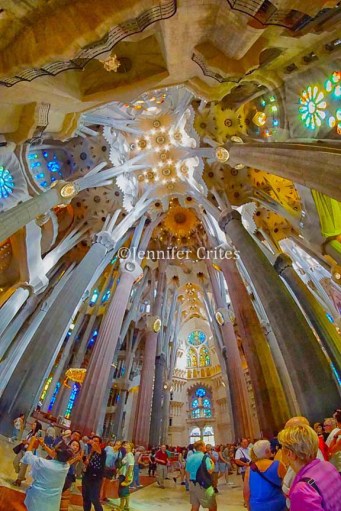 Posted on December 4, 2012 by writecrites

It’s an ironic story line—after raiding and pillaging towns and villages in countries throughout the north Atlantic, Vikings returned home and went to church.

Perhaps they did, but if so, they didn’t attend services in a stave church—so named for its interior, weight-bearing pillars, or staves. There may be dragons on the roof, but stave churches weren’t built until after the Viking Age ended. That date is traditionally marked in England by the failed invasion attempt by Norwegian King Harald III, who was defeated by Saxon King Harold Godwinson in 1066. Ireland and Scotland note their own dates, predicated on victories against Vikings.

At one time there were more than a thousand stave churches throughout Europe. Most were built between circa 1130 and 1350 AD. Construction stopped when the Black Death started to spread through Europe, and congregating in small spaces became life threatening.

And the stave church is indeed a small space. So small, in fact, that most of its congregation had to stand—men and boys on the right, women and girls on the left. The elderly and sick could sit on benches along the walls.

Today only 28 stave churches survive, and all are in Norway where there is a long tradition of building in wood (remember those sturdy Viking ships). Earlier churches were built on often-soggy ground and succumbed to wood rot. Lesson learned. Stone foundations solved that problem.

While visiting the stave church in Borgund, I was surprised to see that it—like other stave churches—had no windows. The only light entered through a few small portholes high up on the walls. The altarpiece depicts Christ’s crucifixion. Animal masks adorn the south door, and serpents and dragon-like creatures decorate the main-door side panels and lintel. On the roof turrets, Christian crosses and dragonheads keep each other company. Old legends die hard I guess, and it seems that the parishioners were hedging their bets—honoring old gods and new.

I found it interesting that the timber used in construction of the church was most likely seasoned on the root, strategic cuts drawing the tar to the surface before the tree was felled. After construction and during renovations, additional tar was applied to protect the wood.

If you stand inside the church and look up, you’ll see that the roof above the nave looks like an inverted boat with ribs. Hmmmmm! I wonder what inspired that design.

Kickin' it behind the Eight ball

China Icons - Your guide to life, work and travel in China

The Showers of Blessings

Traveler & photographer with a passion for everything