Posted on November 7, 2018 by writecrites 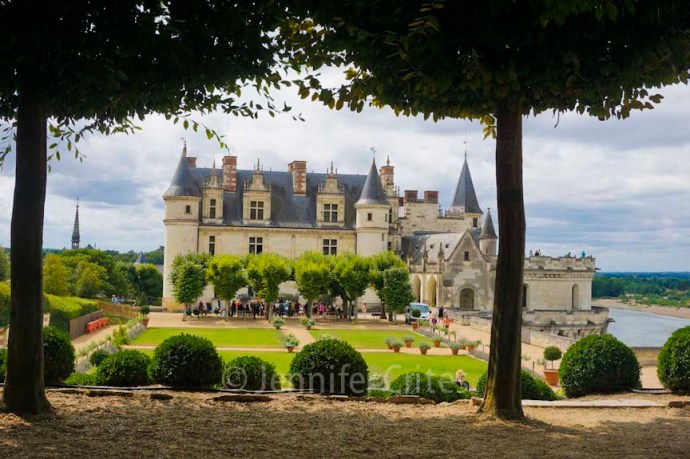 Orchestra and patrons at the foot of Amboise castle

Castles fascinate me: their steep-sided walls meant to repel invaders, their dungeons, their turrets and worn stone steps. Amboise’s fortifications were originally built around the 4thcentury AD, and since then, its appearance has been added to and changed many times as France’s rulers called it home (when they weren’t off making war or consolidating their holdings). A few were born, married or died here. For some time, it was considered a hunting lodge, and 75% of its late-14th-century construction remains today.

After exploring the castle, we found, between castle and garden, a full orchestra preparing for a concert. We made our way across the garden, up the steps leading through rows of round bushes, found a couple of chairs and settled in for a while, relaxing to the strains of music floating through the air. It was heavenly.

You’ll notice one of my photos looks like a framed painting or photo of the castle. Two empty gold frames were cleverly placed at the top of the garden, and we saw many people standing behind the frames to have their selfies taken with the castle in the background. Only one problem: They stood so close to the frame, filling it, that you could barely see the castle. I lined up my shot of the castle through the frame, and then a group conveniently stopped on a landing within my view to admire their surroundings. That’s what I call serendipity.

sentry walk with view of town and Loire River

View of the castle through a gold frame

Orchestra and patrons at the foot of Amboise castle 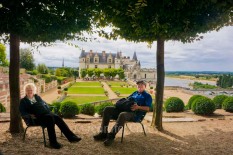 Music with a view. Relaxing in Amboise’s castle garden 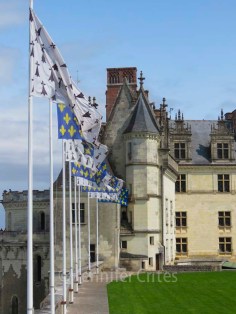 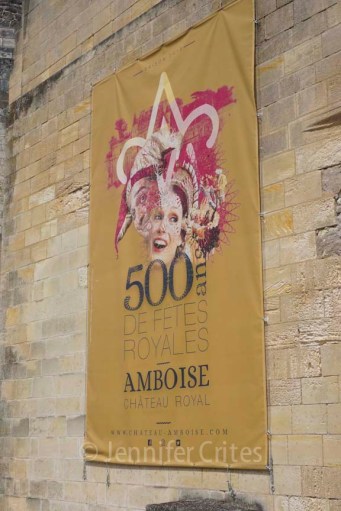 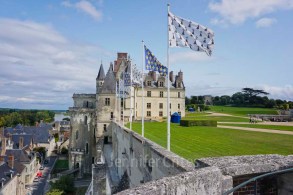 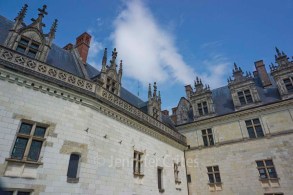 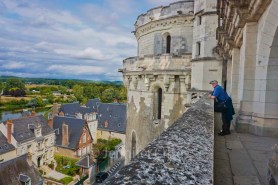 On the sentry walk 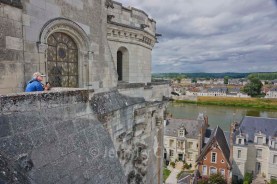 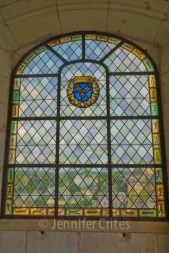 Hard to imagine anyone scaling those walls 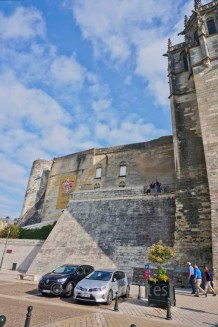 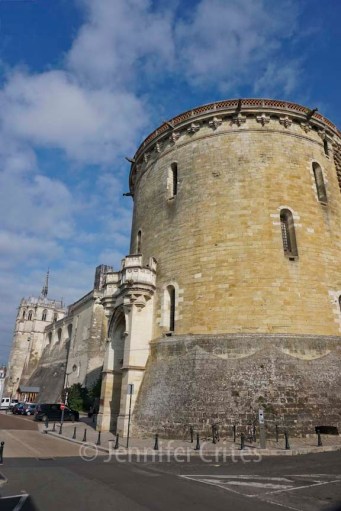 on the road with Animalcouriers

pet transport through Europe and beyond