Touring India—The Art of the Palace

In my previous post, I took you on a visual tour of Lake Pichola in the India city of Udaipur, district of Rajasthan.

Today we embark on an exploration of Udaipur’s City Palace, which is one of the architectural marvels of Rajasthan.

Indeed, Udaipur City Palace on the banks of Lake Pichola is the most-visited tourist attraction of Udaipur and the largest palace complex in Rajasthan. It was started in 1559 and not completed until the 18th century because each new ruler kept adding on to it using granite and marble in a surprisingly harmonious blend of Medieval, European and Chinese architecture.

Inside its walls are eleven palaces, including Manak Mahal (Ruby Palace) that features figures of crystal and porcelain, Bhim Vilas and its collection of miniature paintings, and Sheesh Mahal (Palace of Mirrors). Other palaces hold Chinese and Dutch ornamental tiles, murals, wall paintings, silver art, inlay, and an amazing amount of colored glass.

There is also an arena where elephant fights were staged, and an area of marble arches where eight times, maharanas were known to weigh themselves and then distribute their weight in gold and silver to lucky locals.

In addition, there are bird cages and carrier-pigeon boxes in tower rooms; glass mosaics of peacocks representing the three seasons of summer, winter and monsoon; ubiquitous Indian scalloped arches, and towers that look out over the city on one side and Lake Pichola on the other.

Check out workers cleaning the palace walls while perched on bamboo scaffolding, which is really amazing when you remember that bamboo is a grass.

My apologies for the blurry photo of the palace gate. It was a grab shot as the bus was driving past, but I did want to show you the gate’s spikes. They were installed to prevent the enemy’s elephants from pushing through the gate.

Click on any photo below to enlarge, and then use the arrows to move back and forth. Likes and comments are always appreciated, and if you’ve been to India, I’d love to hear about your travels there.

walking up to the entrance 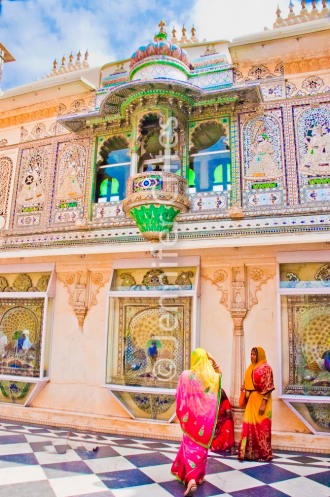 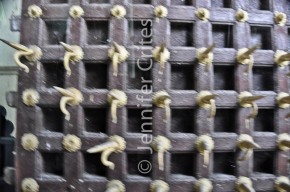 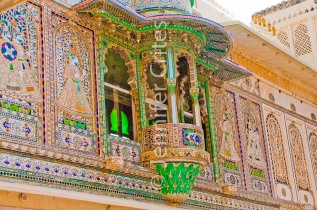 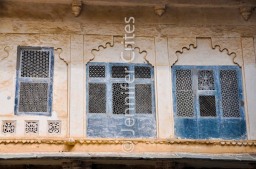 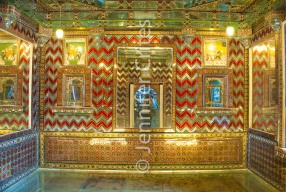 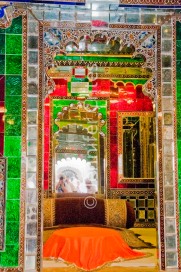 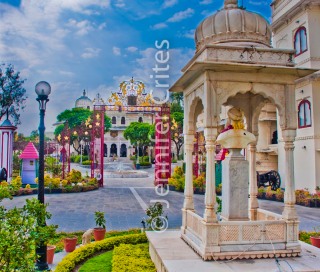 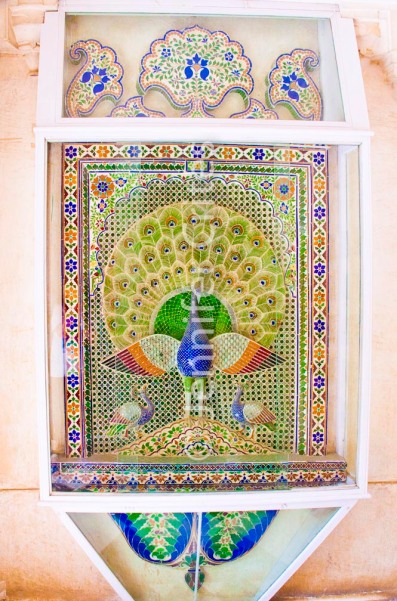 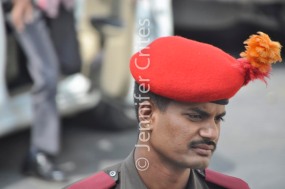 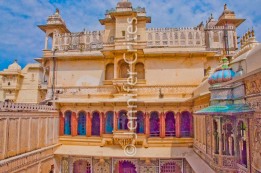 There is a beautiful lake in Udaipur, Rajasthan, India….. Its name is Pichola.

On one side, its waters lap at the base of ancient homes; boat docks; wide concrete steps called ghats, where women come to wash their saris or string marigold garlands; and the towering fort-like walls of the City Palace. On the other side, hazy mountains seem to float in the sky.

Legend has it that the lake was created in the 15th century when a gypsy Banjara tribesman built a dam so that his livestock could cross a stream. Maharani Udai Singh II built his shining city of Udaipur around the lake in 1560, while strengthening the dam and enlarging the lake. It’s currently 3-miles long, 2-miles wide and 30-feet deep.

Within its waters are two natural islands, each supporting a palace. The white Taj Lake Palace is exclusive to guests staying at its hotel, but you can see its interior in the 1983 James Bond film “Octopussy.”

The Jag Mandir, or Lake Garden Palace, made of marble and yellow sandstone (including 8 white-marble elephants guarding the palace), was built in the 1550s as a hiding place for Prince Khurram, who became Shah Jahan—builder of the Taj Mahal. Later, Maharana Swaroop Singh sheltered several European families here during the revolt of 1867. The hotel caters to weddings and other lavish events, and the palace gardens bloom with roses, jasmine flowers, palms, frangipani and bougainvillea.

From the comfort of a marigold-draped boat, our small tour group cruised the lake and then disembarked for an exploration of Jag Mandir, where we learned that jazz legend Kenny G, who had been on our flight from Delhi to Udaipur the previous day, was scheduled to perform on the palace stage that evening.. Afterwards, we re-boarded our boat and headed back to the city proper.

I hope you enjoy the visual tour of Pichola Lake. As always, click on any photo to begin the slideshow. 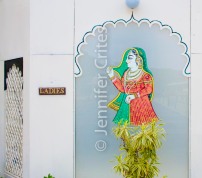 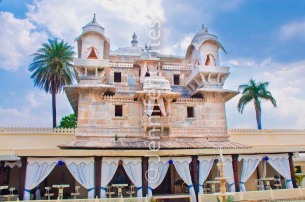 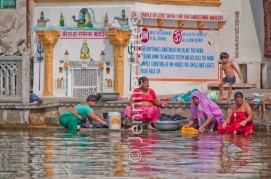 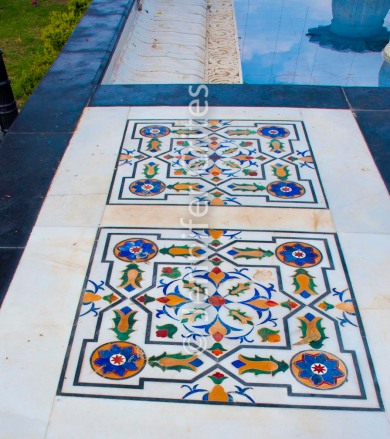 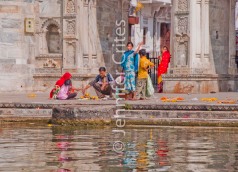 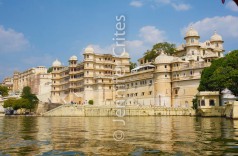 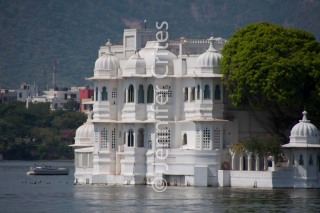 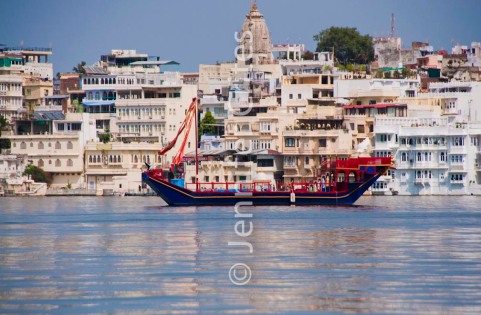 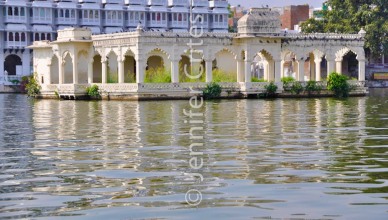 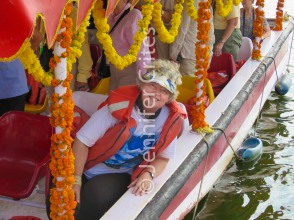